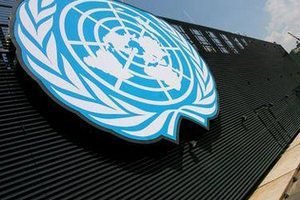 Militants captured on April 8 a Ukrainian member of the UN monitoring mission in Donetsk. He is kept in a basement and representatives of the UN mission are not allowed to see him, nor given any information about the hostage's health condition, the media reported.

The United Nations has called for the immediate release of its staff member who was captured by militants in Donetsk on April 8.

"The United Nations is deeply concerned about the fact that one of its staff members is being held captive in Donetsk. The UN has mobilized all channels to ensure his immediate and unconditional release," the UN press service said in a statement issued Wednesday.

"The UN appeals to all parties, including the media, to respect the staff member and his family in this sensitive phase of the discussion around his release," the statement reads.