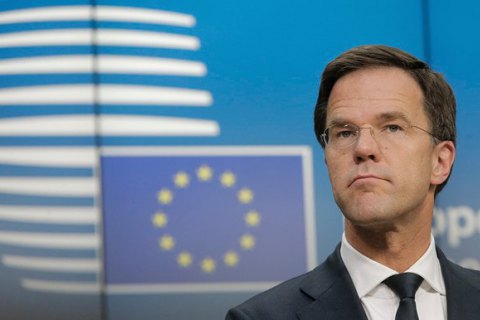 The Parliament of the Kingdom of the Netherlands at a session attended by Prime Minister Mark Rutte debated the EU-Ukraine Association Agreement.

The Dutch government intends to start negotiations with amending the agreement on association with Ukraine, the European Union countries, Rutte said in a statement. According to Rutte, his government intend to discuss the Agreement and amend it accordance with the will of those who voted against it.

The prime minister said the European Commission is concerned regarding the impact on the impending referendum on the UK's membership of the European Union can have on open discussion of the results of Dutch referendum. Accordingly, he does not expect a decision to be made before June 23, when the UK referendum is scheduled to be held.

The head of the Netherlands government said if the negotiations come to nothing lead, the Dutch authorities may refuse to ratify the agreement.

Earlier the deputy head of Ukraine's Presidential Administration Kostyantyn Yeliseyev was Ukraine was not going to revise the association agreement despite the results of the referendum in the Netherlands.

The Netherlands remains the last EU country that has not yet completed the ratification procedure for the SA.