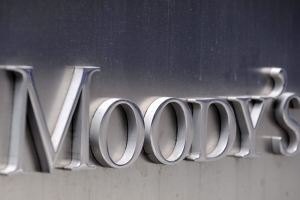 The international rating agency Moody's believes that Ukraine will receive the third tranche of the International Monetary Fund in the amount of 1.7bn dollars in the next few months but not later than late June.

Progress has been made on Ukraine's reform agenda over the past year, most notably on the rebalancing of the economy and reducing structural public and external deficits, says Moody's Investors Service in its updated annual Ukraine Credit Analysis published today. However, making further headway relies upon a continuation of the reforms outlined in the International Monetary Fund-led program of financial assistance, which is now likely to resume after several months of delays, Moody's said in a press release.

The restructuring of the majority of the Ukrainian government's direct and guaranteed Eurobonds in late 2015 helped alleviate external liquidity pressures and avoided a disorderly succession of defaults on those bonds, fulfilling a major requirement set by the IMF. Nonetheless, debt-to-GDP levels remain elevated at over 80% and the resolution of the $3 billion bond owed to Russia, which was not restructured with the other bonds, will likely involve a lengthy international court battle.

Ukraine's progress on political and economic reforms stalled during budget preparations late last year and more recently during the drawn-out formation of a new government coalition that was finally resolved on April 14. The new government, however, has moved quickly to renew the reform agenda, addressing a number of issues as required by its international backers. With an IMF mission in Kiev this week to recommence the review, Moody's expects that the IMF could disburse a long-awaited $1.7 billion tranche from the program before mid-year.

Although inflation has declined from a high of 60.9% in April 2015 to 9.8% a year later, and the hrvnia exchange rate has recently stabilized after a steep depreciation, Ukraine's economy remains fragile. Confrontations between Ukraine's forces and pro-Russian separatists continue in eastern Ukraine despite the latest cease-fire agreed last September, although both the intensity of the fighting and the body count have declined.

Moody's expects a slow growth rebound in 2016 and 2017, after a cumulative real GDP fall of roughly 15% in the last two years. In addition, the fiscal deficit is likely to remain within the budget target of 3.7% as required under the IMF-program because of reforms to the tax regime and the recent reduction of gas subsidies. That said, maintaining international financial support and continuing the incipient economic and fiscal recovery would require further progress on economic and political reforms, including on anti-corruption measures.