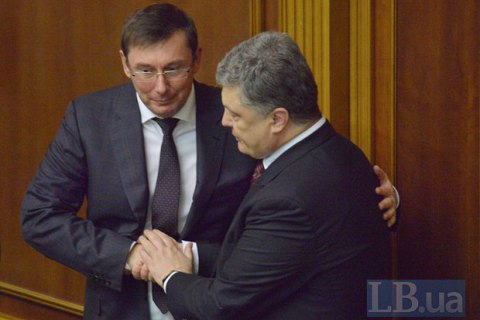 The president said he was confident that prosecutors could contribute to Ukraine's much required reforms. "I see like-minded people in you," the president told the PGO officers.

"I know about the moods in the PGO. I know that many people do not applaud my decision but it is a necessary step to increase public confidence in the PGO. Only with the participation of an off-system people can we change the prosecution system in accordance with the expectations of Ukrainian society," Poroshenko stressed.

On 12 May, parliament gave the green light to the appointment of Lutsenko as prosecutor-general. President Poroshenko signed the decree on his appointment at a parliament session.