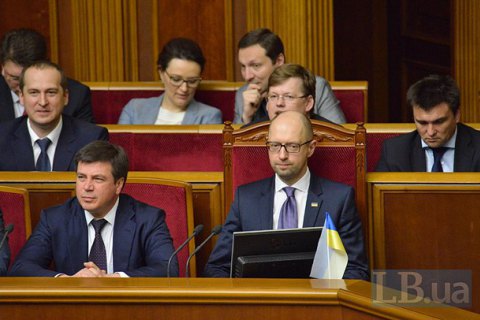 The government of Ukraine took decisive actions to “tackle upfront two policy taboos that had long held back policy making in Ukraine.”

Poul Thomsen, Director of the IMF’s European Department, said this in an interview with Ukrinform.

Thomsen noted that "the government moved swiftly to a flexible exchange rate to allow the economy to adjust to shocks, and adjusted energy tariffs to better reflect the real cost of energy." At the same time, the previous government "carried out an impressive fiscal adjustment to reduce the large budget deficit, and embarked on a successful debt restructuring to place public debt on a more sustainable footing. A tight monetary policy implemented by the NBU helped to rein in inflation, while a more effective banking supervision helped stabilize the banking system, both of which contributed to a gradual restoration of confidence."

In addition, "the first steps were also made on structural reforms, particularly in advancing deregulation and streamlining unnecessary licenses." Although, according to the Director of the IMF’s European Department, "these policies did not prevent the deep recession and compression of real incomes that, to a large extent, were inevitable given the size of the shocks, they halted and gradually reversed the economic decline".

Thomsen said he believed that a key challenge for the new government is to advance and deepen economic reforms to turn the recovery into strong growth, which Ukraine now critically needs to create jobs and improve incomes.