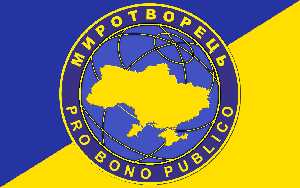 The Myrotvorets (Peacekeeper) Centre, which has been collecting data on Donbas terrorists, has said it will take down its website after "taking into consideration the public reaction to the publication of the names of journalists accredited with the so-called Donetsk People's Republic terrorist organization".

The centre is planning to transfer all the data at its disposal to another openly accessible website.

"We're grateful to the law-enforcement agencies of Ukraine for their use of our system to expose pro-Russian militants, Russian spies, and ensure peace and quiet, as well as everybod, who for the sake of public welfare sent us information about separatists, terrorists, mercenaries and other war criminals," it said on its website.

Myrotvorets is associated with MP Anton Herashchenko. It was created to track the identity of separatists and their accomplices. Earlier this week, it found itself at the centre of a scandal after publishing the data on about 5,000 journalists who were accredited with the Donetsk and Luhansk separatist authorities.

The publication caused an outcry as journalists complained that the disclosure of their personal data was unlawful. As a result, the Kyiv prosecutor's office opened an investigation "into the fact of hindering professional activities of journalists". The EU demanded that the list of accredited journalists be removed from the website while Ukrainian ombudsperson Valeriya Lutkovska called for the shutdown of the website.