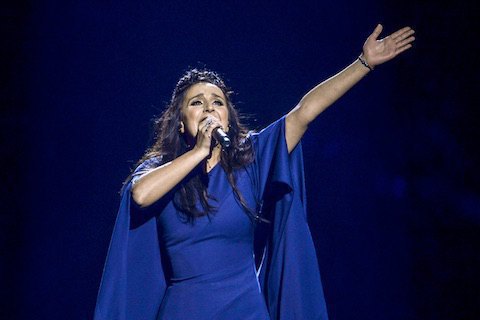 Ukrainian singer Jamala on Thursday night made it to the final stage of the Eurovision Song Contest 2016 in Stockholm following the vote by the jury and the audience, which sent texts, in the second semifinal.

Jamala's "1944" song talks about the deportation of Crimean Tatars from their homeland in 1944.

The singers from Latvia, Georgia, Bulgaria, Australia, Serbia, Poland, Israel, Lithuania and Belgium also got through to the final round.

The first semifinal of Eurovision 2016 was held at the Ericsson Globe indoor arena in Stockholm on 10 May, the second semifinal was on 12 May. The final part of the contest will take place on 14 May.

In 2015, Ukraine did not participate in the contest.