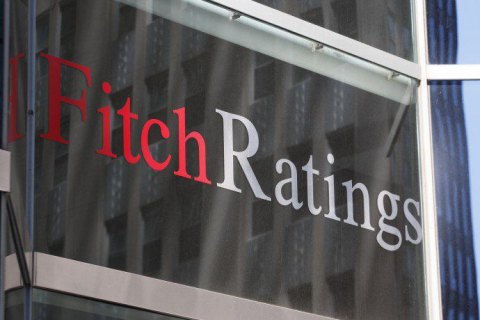 The affirmation of the ratings reflects a lack of progress on the reform programme needed to unlock donor support, which has been exacerbated by political wrangling, the agency said in a release.

A new coalition government, headed by Prime Minister Groysman - a close ally of the President - took office in mid-April, ending two months of political turmoil and reducing the immediate risk of early elections. Fitch expects the new government to move ahead with the reforms required to secure the delayed IMF tranche (1.7bn dollars), now likely in early 3Q16. However, given the coalition's narrow majority (one seat) as well as weak party discipline within President Poroshenko's party, Fitch expects progress on further reforms to be piecemeal with continued delays in IMF financing highly probable.

Delays in securing IMF and donor disbursements highlight the vulnerability of Ukraine's external position, as international reserves fell to 12.7bn dollars, or 2.9 months of current external payments (CXP) in March, from 13.4bn dollars in December 2015. Fitch expects international reserves to rise to 17.7bn dollars end-2016, assuming that most disbursements (8bn dollars in total, of which 5.2bn dollars is IMF disbursements) go ahead as planned. This would push the import cover ratio to four months of CXP, above the peer median of 3.7 months. Failure to secure all planned disbursements would not undermine Ukraine's capacity to meet its external debt repayment obligations over the rating horizon, but would exert continued downward pressure on the hryvnia and jeopardise the recovery. Capital controls remain in place to curb foreign exchange demand but will be progressively lifted.

The IMF's decision to lend to countries in arrears to official sector creditors removed a potential stumbling block that could have prevented further IMF support - Ukraine had failed to repay a disputed USD3bn Russian-owned Eurobond in December 2015. Although the status of this obligation is as yet unresolved it should not impact the future IMF disbursements under the programme.

Fitch expects the current account deficit to widen to 3% of GDP in 2016, from 0.2% in 2015, as exports contract a further 11% following the suspension of the free-trade agreement with Russia, while imports contract more modestly as the economy begins to recover.

A combination of expenditure restraint and higher revenue saw the consolidated budget deficit narrow to 1.6% of GDP in 2015 against a target of 3.7%. Lower gas prices, combined with higher tariffs resulted in the government spending less to subsidise Naftogaz, the state-owned oil and gas company. As a result, the consolidated budget deficit (including Naftogaz) fell to 2.6% of GDP (IMF target: 7.3%), down from a five-year average of 6.8% of GDP and below the peer median of 4.3%. The decision to cut employers' social security contribution by half as well as cancel import surcharges, with no offsetting expenditure cuts, will make achieving the government and IMF's deficit target of 3.7% of GDP challenging.

Government indebtedness is high, exceeding 80% of GDP, including sovereign and sovereign- guaranteed debt. Fitch expects the government debt ratio to fall from 2017, but there is uncertainty over Ukraine's ability to generate the combination of GDP growth and primary fiscal surpluses that would reduce the debt/GDP ratio (including sovereign and sovereign-guaranteed debt) to the government's target of 71% of GDP by 2020.

Bank asset quality has been hit by recession, currency depreciation and conflict in eastern Ukraine. Capital shortfalls are large, and depositor confidence is low, suggesting a risk of further volatility in client funding if the exchange rate comes under renewed pressure. Cash withdrawal limits, exchange controls and regulatory forbearance have supported the banking system. NPLs, on a broad definition, according to the IMF's August 2015 estimate, were 44% of total loans (56% including restructured loans), and provisions stood around 68% of total NPLs. Resolving the banking crisis will entail fiscal costs, but a firm estimate for the banking system's recapitalisation needs (some of which are being met by private shareholders) is not yet available..

Fitch expects the economy to return to growth in 2016, following a 9.9% contraction in 2015. Medium-term potential growth (2%) is well below the peer median of 3.9%, constrained by a permanent loss of Russian export demand, damage resulting from military conflict in the east, low commodity prices and a weakened financial sector. Inflationary pressures have eased, with inflation moderating to 20.9% in March 2016 from a peak of 60.9% in May 2015. Fitch expects inflation to average 15% in 2016, 3x the peer median, as the impact of the sharp depreciation of the exchange rate in 2015 fades.

The following factors could individually or collectively lead to positive rating action:

-Evidence that the coalition government is able to effectively pass legislation that leads to ongoing donor disbursements.

The following factors could individually or collectively lead to negative rating action:

-Substantial delays to disbursements by the IMF and other official creditors that lead to a deterioration in confidence and macro stability.

-External or political/geopolitical shock that increases the potential for a credit event.

KEY ASSUMPTIONS Fitch assumes that the conflict in eastern Ukraine does not intensify, but is not resolved in the near term.