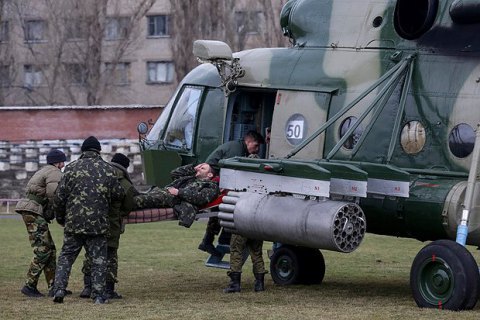 Seven Ukrainian soldiers were killed and nine wounded by enemy fire along the contact line over the past day in the ATO zone, the Presidential Administration press officer on ATO Col. Oleksandr Motuzyanyk told a briefing in Kyiv.

The casualties were caused by shelling, he said, and landmine incidents.

In the meantime, the Secretary of the National Council for Security and Defense Oleksandr Turchynov said in a release:

"The appeasement of aggressor instead of mounting sanctions and the like real action only leads to an increase in the number of victims among Ukrainian military and civilian casualties. Also, it increases the risk of Kremlin's large-scale military actions in Europe"