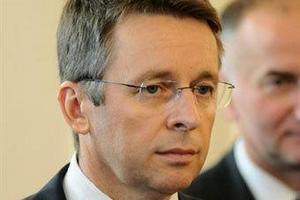 The chief advisor for the prime minister of Ukraine, a Slovak reformer Ivan Miklos believes that the existing simplified tax system is in fact a legal tool for tax evasion.

"Today's simplified system is one of the main tools of tax evasion, a legal tax dodge. Even if it is used only by law-abiding people, it provides ample opportunities for tax evasion. Business people simply split their businesses into smaller chunks with a turnover below 20 million hryvnia, and pay next to nothing to the budget," Miklos said in an LB.ua interview.

Instead, the adviser to prime minister proposes to leave the simplified taxation for very small businesses.

"For small businesses, for grandmothers who sell something, it is a good system. Not just because of low rates, but also because of simple administrative procedure. It is a good system, but it is too broad as it is now. Almost all professionals - physicians, lawyers, IT people use the system," he went on.

The current simplified system prevents the withdrawal of business from the shadow: "Social security contributions used to be at 41%, and now it's 22% but under the simplified system one can pay even less - 5-7%."

Miklos admitted that he does not see "sufficient political will for such a change" as yet but he will nevertheless advocate at least a partial reform: "Even if it changes by 50%, it will still be better than it is today. Even if we leave the simplified system only for physical entities and ban for companies. A partial reform is still a good thing, it is a step in the right direction. But it is my firm belief that the simplified system should be left only for the really small businesses. Not for high-paid IT specialists, not for legal entities."

Ivan Miklos leads a group of support for reform in the Cabinet.