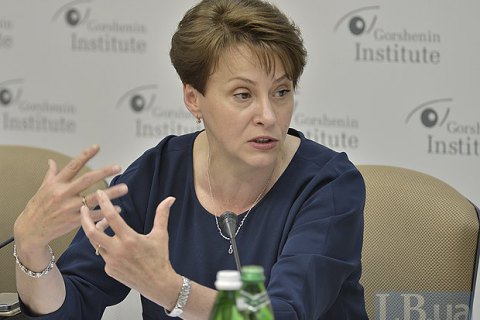 The new government shows tendency to heed the opinion of lawmakers and the expert community on the issue of tax reform, the head of the parliamentary committee for tax and customs policy, Nina Yuzhanina, said on 6 June.

She said the cabinet was planning to meet on the issue with the representatives of her committee. "I am very glad that Volodymyr Borysovych [Groysman] wants to heed our vision of the reform of the State Fiscal Service," Yuzhanina said during a roundtable conference organized by Gorshenin Institute on 7 June.

She stressed that the reform should either change the existing laws dealing with changes in the tax system, or be based on an "entirely new project".

Yuzhanina insisted that the tax system should be changed "at least slightly" in the interests of business and the corporate sector. In her opinion, the state must move away from the practice of half-measures.

"Either we reform, or not reform it at all, and leave the tax code alone for a while," said the deputy.