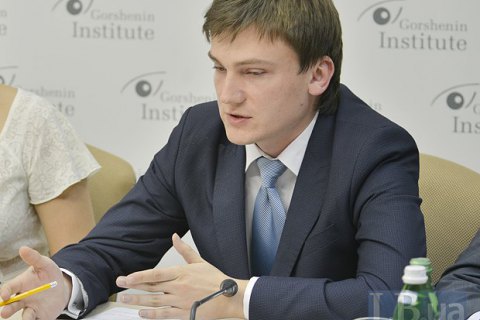 The head of the State Fiscal Service, Roman Nasirov, who was recently subject to fierce criticism in media, has a month or two to show his ability to reform, Yuriy Fedchyshyn, an adviser to the Ukrainian prime minister, said on 6 June.

Speaking at the roundtable conference "The reorganization of tax and customs services. How is the new government going to fill the budget?" at Gorshenin Institute, Fedchyshyn said that the chief of the fiscal service lives on borrowed time.

Roman Nasirov has retained his post, despite the change of government.

Earlier, Finance Minister Oleksandr Danylyuk said in an interview on Sonya Koshkina's Left Bank TV show that although the dismissal of Nasirov is not on the agenda, the main problem of the State Fiscal Service is that it definitely needs sweeping reform. He said Nasirov would be definitely fired unless he followed the reform plan the government was planning to announce soon.