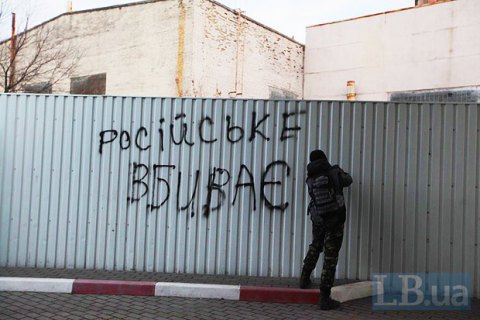 A cease-fire must precede political settlement for the situation in Donbas to settle, Ukraine's representative in the trilateral contact group on Donbas, Leonid Kuchma, has said.

"There is a Russian proverb: to put the cart before the horse. Unfortunately, Russia and its partners in Donbas follows this Russian parable. All the time we make a point that what is written at the beginning of the Minsk minutes, which is peace, must be observed. And they keep reminding us at all levels about the law in elections, changes to the constitution... And they forget about the rest. Therefore what is most important is peace," he said.

He added that it was clear that a cease-fire was not observed.

Commenting on negotiations on the release of prisoners, he said: "I will be sincere with you, the president is seriously engaged in this".

"As you understand, Savchenko would not have been released, no matter what one says, without direct contacts between President Poroshenko and President Putin," he added.

In his words, 112 people are currently held in separatist captivity.