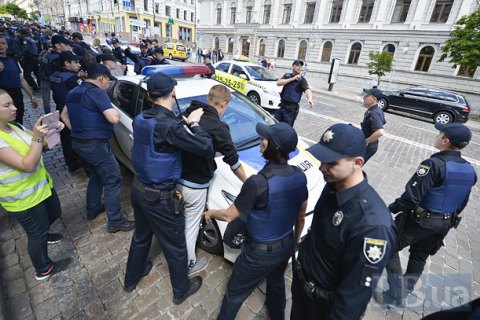 Following the Equality March in Kyiv, 57 people have been detained and 10 administrative offence reports have been filed, National Police chief Khatia Dekanoidze has said at a briefing, according to UNIAN.

"There were several provocation-minded groups, who were monitored by police. They talked to them and did some preventive work. There were severak calls to 102 on closed roads and on suspicious groups. There was one [hoax] bomb alert back in the morning," she added.

The Equality March organized by the LGBT community took place in central Kyiv on 12 June. It lasted for about 20 minutes.