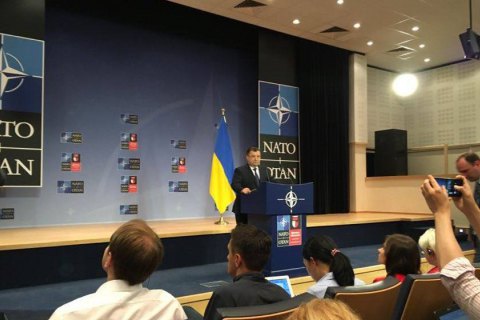 "The situation in the east of Ukraine escalates. This year the enemy has already violated the cease-fire for about 7,000 times. The enemy uses the forbidden armament — artillery systems and MRLS,” Ukrainian Defence Minister, Army Gen Stepan Poltorak has said at a news conference at the NATO HQ.

"This year, 623 servicemen were wounded and killed in the east of Ukraine. This is the true face of the Russian policy concerning the peaceful resolving of the ongoing conflict in Donbas,” the minister said.