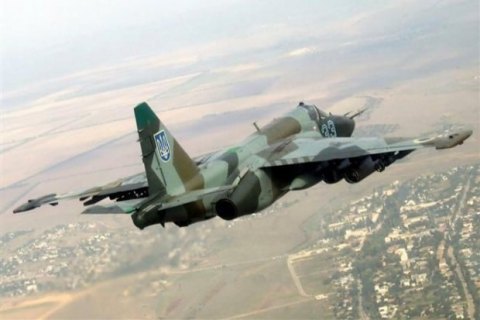 In Starokostyantyniv, Khmelnytskyy Region the Su-25 jet aircraft of the Ukrainian Armed Forces caught fire on the runway during a planned flight on 14 July. The pilot ejected.

The Defence Ministry in a statement described the pilot's health as satisfactory.

The fire was extinguished.

A commission has been formed to investigate the incident.

SU-25 is a single-seat, twin-engine jet aircraft developed in the Soviet Union.