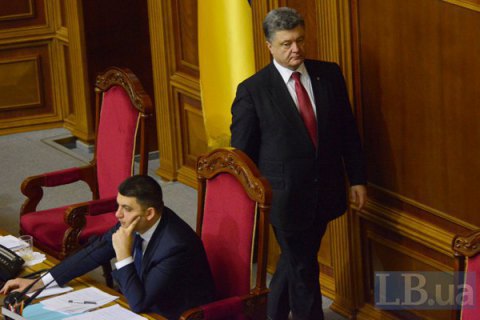 The Cabinet has set the base salary of the president at 28 thousand hryvnia, an prime minister's at 20 thousand hryvnia as of 1 May, the Minister of Social Policy Andriy Reva told a briefing on 27 July.

A decree amending previous government regulation was adopted at a Cabinet meeting on Wednesday.

"We have raised basic salaries for all public servants, the salaries of those individuals who are not civil servants have not been revised. We have decreed new salaries for these people. The hierarchy of salaries is clearly spelled from the president down. His salary will be at 28 thousand hryvnia, prime minister's at 20 thousand hryvnia," the minister explained.

Reva said that the ministerial salaries will not in fact rise: "It's not about a salary increase, we are talking about establishing basic salaries. The payroll fund will remain the same while premiums will be reduced."

The Cabinet decision is in force since 1 May, when a new version of the law "On civil service" took effect.