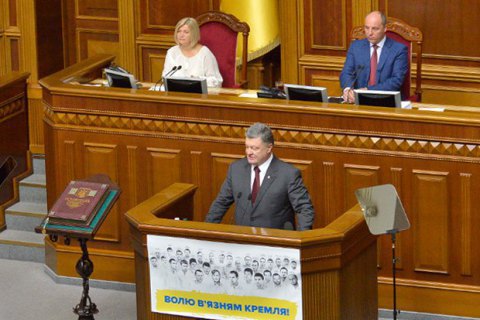 President Petro Poroshenko praised the support of the Armed Forces of Ukraine by Western partners and said that the assistance tothe Ukrainian army has made up over 1.5bn dollars under over forty contracts.

"Our friends provided us with armored vehicles, drones, surveillance and communication devices, and counter-battery radars. A few weeks ago, we received a large shipment of night vision devices, another shipment is on its way," Poroshenko said in his annual address to the Verkhovna Rada on 6 September

"But, in general, it is clear that in defence matters Ukraine should rely on itself, its own army," the head of state added.

The Cabinet of Ministers has decided to maintain defense spending at the level of 5% of the nation's GDP.