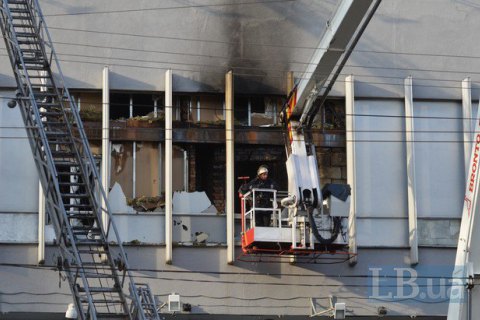 The United States has condemned the attack on the news office of the Ukrainian pro-opposition TV channel Inter.

"Any physical attack on a media outlet is unacceptable We support thorough investigation into arson at Inter, are following closely," the embassy said on Twitter on 5 September.

On 4 September, around 20 people stormed the office of the NIS company producing news for Inter's Podrobnosti news bulletin, and set it on fire. On 5 September, an indefinite rally began in front of the channel's headquarters in Dmytrivska Street. To avoid provocations, a metal fence was installed around the building.

Earlier this year, Inter's head office was attacked on 2 June and 25 February.