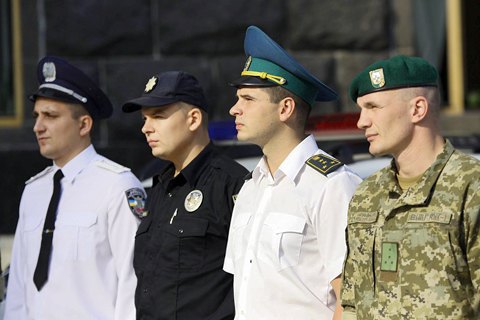 "Mobile teams were set up to strengthen the fight against smuggling and corruption at customs, make customs control of goods more efficient and combat customs offences," said the head of the State Fiscal Service (SFS), Roman Nasirov, commenting on the launch of the project.

The work of mobile groups will be based on special reports prepared by an analytical group of the Interdepartmental Special Centre, which was set up two weeks ago, the press service of the SFS said.

The interdepartmental centre and mobile teams include fiscal officers (two persons per group), border officers and members of the National Police. Mobile teams will operate around the clock throughout Ukraine.

The centre will coordinate the ongoing activities of 20 joint mobile groups to prevent and detect violations of law at state customs. An analytical group of the centre will carry out analytical and search operations to track down risky operations at customs and process the information, and ensure rapid response to violations.

On 7 May, Prime Minister Volodymyr Groysman has announced plans of the establishment of units to monitor the work of customs, which he dubbed as "black hundreds".

Nasirov later said that about 20 mobile groups would work primarily on the western border as well as in Chernihiv and Zhytomyr regions.