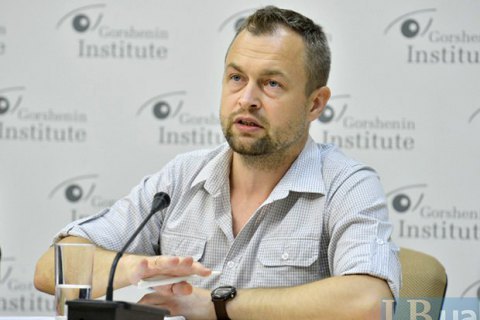 Russia's Armed Forces from the occupied Crimea are unlikely to be used against Ukraine in a ground operation. The task of group deployed on the peninsula are attacks from the air and from the sea, said Mikhailo Samus, the deputy director of the Center for Army, Conversion and Disarmament on international issues.

"According to our estimates, Russia has amassed 100 to 120 thousand soldiers along the whole border, who are prepared to attack. During the Caucasus-2016 exercise, the Russian troops worked out offensive operations on the strategic south-western direction," he said.

"In the meantime, Crimea is different in this regard. If you look at map of Europe, we will see two extremely militarized areas: the occupied Donbas and Crimea, but there is a substantial difference there in terms of the nature of arms: Crimea focuses on marine, aviation and missile components," the expert said a at roundtable organized by the Gorshenin Institute and Free Crimea Project.

He stressed that Russia has deployed the most modern weapons on the peninsula, which have been well-tested, including during the Syrian conflict, such as cruise missiles Caliber, with the 1.5-2 thousand km range.

"If we talk about the aviation, Russia has increased manifold its [Crime-deployed] grouping Most of its up-to-date aircraft are involved fulfilling combat tasks. If we talk about the navy component, Russian marines and the Black Sea Fleet battleships are ready to make a landing operations including in the Odessa region and from the Sea of Azov," he warned.

Ground attack can be used only as a diversionary measure, Samus said.

"The main task of the Crimea here is to serve as a base for aircraft and missile strikes, sea-to-land and maritime operations to block communications. The Russian Federation can at any time close Ukraine's access to the sea. Ukraine just has no capacities, except for diplomatic leverage, to counteract this," he said.

Samus stated the belief that Ukraine should seek assistance of its Western partners in the creation of the so-called "mosquito fleet" - small boats or speed boats, equipped with cruise missiles.

"It will hardly be new ships, but we have no other choice, because if we wait for another five years until we build two boats, Russia will take full control over the Black Sea," the expert concluded.