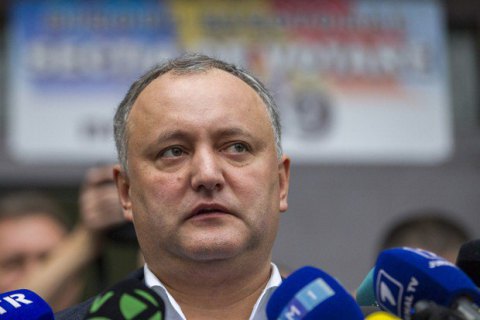 The leader of Moldova's Socialist Party Igor Dodon is winning the presidential election in the country with almost 80% of the ballots counted Dodon garnered 57% of the vote, well ahead of his rival Maya Sandu with 43%.

According to Moldova's CEC, the turnout at the ballot was 1.6 million people (more than 53% of population entitled to vote).

Immediately after the close of polling stations, Maia Sandu told the press that she has known even before the beginning of the campaign that the regime did not want to leave. "You have demonstrated incredible mobilization," she thanked the voters as quoted by Newsmaker.md.

Sandhu claimed that the elections were poorly organized and said that the authorities have ignored her party's demands to open additional polling stations in France, Italy and Romania and allocate more ballots

The leader of Action and Solidarity (PAS) also cited numerous violations within the country: vote-buying, coercion, organized voting in Transnistria etc. She demanded that the CEC looked into the situation with the lost ballots in Portugal.

Her rival, Igor Dodon also gave a briefing. He congratulated Moldovans with the wrap-up of the presidential campaign, thanked all those who fulfilled their civic duty, all his supporters.

The Socialist commented on the shortage of ballot papers at polling stations.

Dodon lashed out, in his turn, at the CEC for not opening extra polling stations in Russia where he expected to garner more support.

In the first round of elections held in late October, none of the candidates has taken the 50 percent threshold as Dodon with 47.98% outstripped Sandu with her 38.71% .