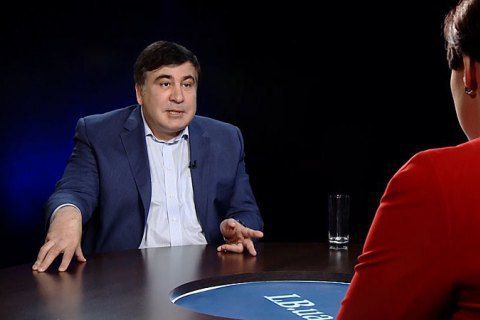 The ex-governor of the Odessa region, Mikheil Saakashvili, says he will rely on the masses in his crusade for early parliamentary elections and holds no talks with any other democratic forces.

"I did not have any consultations with anyone. I saw Andriy Sadovy warmly supported me on Facebook, I am grateful for that, but all of this time, notably of late, I was alone," Saakashvili said in an interview with Sonya Koshkina on the Left Bank talk show last Friday, 11 November.

He said he was not planning any rallies on the anniversary of the Maidan in Kyiv, as by that time he has plans to "hit the regions."

"But the issue is still under discussion," said the ex-governor.

More details about Saakashvili's plans to bring down the current government in the full text of the interview titled "Mikheil Saakashvili:" I have no presidential ambitions in Ukraine".