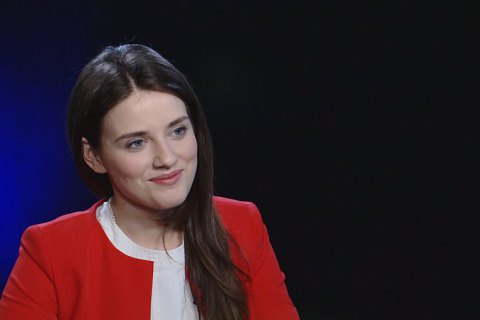 Head of the Odesa customs Yuliya Marushevska resigned after the chairman of the Odesa Regional State Administration Mikheil Saakashvili stepped down.

"Over the past year, we have achieved a lot. Odesa customs today is a showcase for the whole of Ukraine. When I took that position, it was the most corrupt customs of the country, and now it provides an example of a fast and efficient operation. Surely, one regional customs is incapable of changing the entire fiscal system of a country, but it has given a real impetus for reforms in the state," local edition odessa.report quoted Marushevska as telling a press briefing on Monday, 14 November.

"The customs terminal, the launch of which was announced by the president, and to which prime minister has pledged support stays unfinished. The administration of Ukrainian sea ports is not accountable for the money allocated for the construction. [The head of NFS] Nasirov throws spanners in the works as the bill on open customs area is being blocked by president's faction. We have run out of tools to carry on with reforms, so I announce my resignation," she went on.

Yuliya Marushevska was appointed chairman of the Odesa customs on 16 October 2015 as a member of Saakashvili's team but proved unable to get along with with the head of the State Fiscal Service.

Saakashvili resigned on 9 November and announced the beginning of political career in Ukraine.