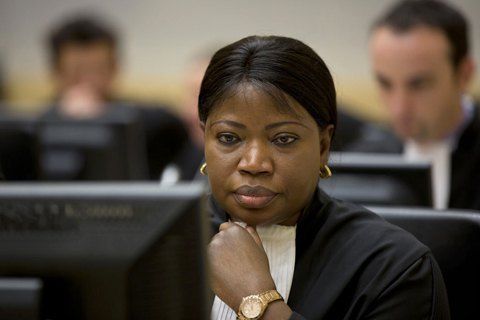 The prosecutor of the International Criminal Court Fatou Bensouda said in a report that the situation in Crimea amounts to an international armed conflict between Ukraine and Russia.

The report on the preliminary investigation of the case "The Situation in Ukraine" was released on Monday, 14 November.

The document notes that the Russian Federation acknowledged the participation of its armed forces in the capture of the Crimean peninsula. Therefore, although the occupation took place without a fire fight, the situation in Crimea amounts to an armed conflict.

"This international armed conflict began at the latest on 26 February when the Russian Federation deployed members of its armed forces to gain control over parts of the Ukrainian territory without the consent of the Ukrainian Government," the report says.

The prosecutor noted that the situation in Donbas indicates a direct military confrontation between the Russian armed forces and the Ukrainian army. According to her, this involves "the existence of an international armed conflict in the context of hostilities in eastern Ukraine, at the latest from 14 July 2014 in conjunction with the existence of a non-international armed conflict [between Ukraine and the L/DPR]."

At the same time, the office of the Prosecutor of the International Criminal Court "continues its detailed factual analysis of the alleged crimes on the basis of its preliminary assessment of the existence of armed conflicts in both regions with a view to identifying potential cases within the jurisdiction of the Court. Given the open-ended nature of Ukraine’s acceptance of ICC jurisdiction the Office will also continue to record allegations of crimes committed in Ukraine to the extent that they may fall within the subject-matter jurisdiction of the Court."

ICC Prosecutor is considering for possible investigation a number of crimes committed in the framework of the case "The situation in Ukraine", including:

• oppression of the Crimean Tatars;

• killings and abductions in the territory of Crimea;

• ill-treatment of detainees and kidnapped people;

• killings, including executions, on both sides in Donbas;

• destruction of civilian targets on both sides;

• illegal detention on both sides;

• the disappearance of more than 400 persons;

• torture and ill-treatment on both sides;

• sexual and gender-based crimes on both sides.

In conclusion, the reports says that "in accordance with its policy on preliminary examination, the Office may further gather available information on relevant national proceedings at this stage of analysis."