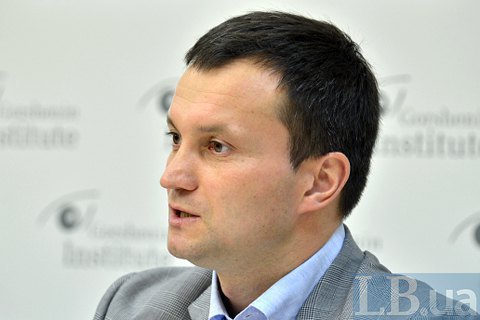 The victory of the Republican candidate Donald Trump in the US elections is largely due to the high motivation of the voters who have found themselves sidelined from the political life of the last decade and are nostalgic for the past, Vice-President of Gorshenin Institute Oleksiy Leshchenko told a briefing on 14 November upon the rerturn from the observation mission to the United States.

Leshchenko recalled that the main electoral group that supported Trump in the campaign was the class of people who were well-off in times of Ronald Reagan.

"Those are mostly white males, 30 to 60 year old, with secondary education mostly living in small towns. As a result of reforms and transformations of the global labour market, this social group was excluded from the political process in the country. Their material and social status has significantly dwindled over the past decade, which made this group highly motivated. Sociologists even talk about the "rebellion" of the group," the expert said

"Meanwhile, Donald Trump has managed to lead the "uprising". These persuaded voters, although less numerous than the voters of Hillary Clinton, have succeeded in convincing their social networks, families and significantly improved the turnout of those who eventually voted Donald Trump in and swayed the outcome of elections," Leshchenko said.

"This social group in the 80s was the US middle class in terms of well-being, social status and level of influence on political processes in the country, and hence were nostalgic for those years. In fact, the central message of the campaign slogan "Let's make America great again" was based on nostalgia for the years when these voters lived more comfortably," he concluded.