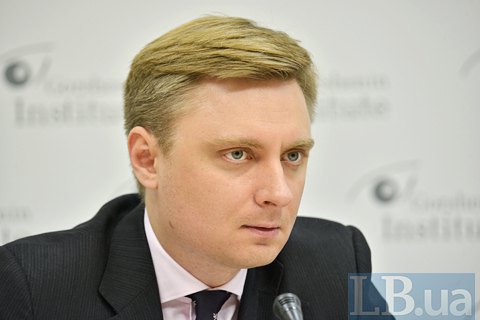 The Democratic Party's candidate for US president, Hillary Clinton, has lost the election because of her high antirating and due to a very large demand for changes in the country, which she did not embody, Yevhen Kurmashov, director of political programmes at Gorshenin Institute, has said at a press briefing.

In Kurmashov's opinion, Clinton had uniquely vast resources available to her. "Hillary Clinton has long been perceived as an absolute frontrunner, bets on her were extremely high, for two reasons. First, the range of tools available to the Democratic candidate was simply unprecedented. Second, as far as the battle of antiratings was concerned, most observers were inclined to believe that Trump's anti-rating will after all be a more important factor than Clinton's anti-rating," the expert said.

Almost 80 per cent of the entire media coverage one way or another worked to the benefit of the Democratic candidate. Her volunteer and canvassing campaign staffs were very strong, they could conduct a very effective campaign from door to door and mobilise voters on the eve of voting day.

The third very important resource is money. "It was discussed quite openly that the Democrats in this election have the opportunity to spend three to five times more money than the Republican party or its candidate Donald Trump can afford," he stressed.

The number of people who live in the blue states is much higher than the number of people living in the states voting for the Republican Party. Keeping in mind these stable Democratic states, Hillary Clinton started her campaign with around 205-207 electoral votes. Donald Trump had 162-163 votes. They were to campaign for other electors' votes in the so-called swing states which vote for different candidates from election to election.

"As we can see, Trump did this work better and more efficiently. Hillary Clinton's performance in the swing states was critically inadequate. In American terminology, there is such a thing as a must-win state, of which Hillary won only Virginia, Colorado and New Hampshire. In two of them, she had a minimum advantage. Her key losses included Ohio, where Barack Obama and Hillary Clinton's husband, President Bill Clinton won twice each. Hillary lost in North Carolina, the most important state. She lost in Florida and such a key state as Pennsylvania, although the amount of efforts, resources and money, which was funneled there, was unprecedented. And she also lost in Michigan and Wisconsin where two months before the election Clinton was ahead of Trump by more than 10 per cent. Nobody believed that she could lose such a big and impressive advantage," he said.

Kurmashov suggested that the message that there is no alternative to Clinton, which has been pushed by her HQ over the year, in the end played a cruel joke with her, since a significant portion of her supporters appeared demotivated, which eventually resulted in a lower turnout among her fans.

In the meantime, Clinton's opponents were very motivated to go to the polls to vote against her. "In many ways, the agenda of this election was about what turns out to be more discrediting: Clinton's complex biography or Trump's quirks," he explained.

The analyst stressed that the demand for changes is still very strong in the United States, to which Clinton is not relatable. "She was a representative of the party that fought for the third consecutive term in presidential office. It was very difficult for her to embody the change," Kurmashov said.

"A large percentage of people who in 2008 voted for Barack Obama supported Donald Trump at this election. There was a widespread stereotype that Trump's voters were either convinced conservatives or some marginalized social groups, and that his electoral field was limited to these. But this was not the case. Trump's core supporters included a quite large number of people who in 2008 responded to Obama's call for change in the country and voted for him, but later got totally disappointed with their choice and did not want to spend four more years watching this course continue," he added.