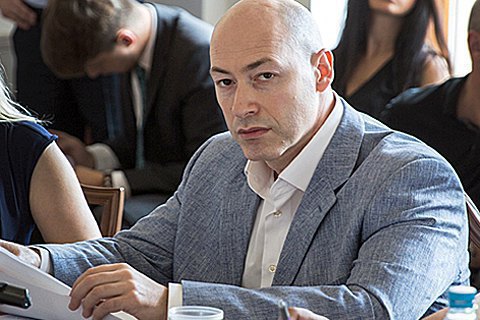 Kyiv city councilor Dmytro Gordon has said he is stepping as member of the council.

"I officially inform my constituents and colleagues," he said at the council meeting on 10 November.

Gordon said he was upset by the "buffoonery" of the city council whose members pursue their own goals only.

"They came here with the only goal to line their pockets at any cost. Trumped up scandals, paid activists and rallies, behind-the-scenes intrigues, lies and cynicism are all in their arsenal. I have one life and I am not going to be part of this buffoonery," he said.

He still praised Vitaliy Klitschko as the city's best mayor.

Gordon was nominated to the city council by the Petro Poroshenko Bloc. He is a writer, journalist, TV presenter, and singer. He is also the editor in chief of the Bulvar Gordona newspaper.