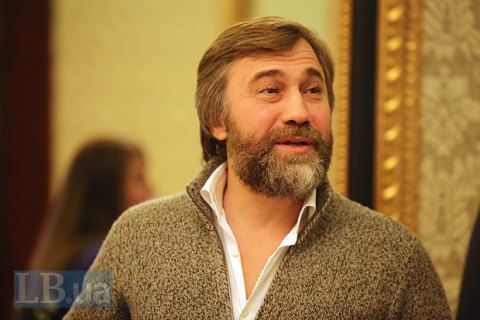 The MP is suspected of putting illegal pressure on the Ukrainian Orthodox Church with a view to ousting late Metropolitan Volodymyr. In particular, he is suspected of unlawful restraint of the metropolitan's personal assistant, Oleksandr Drabynko (Article 146 Part 2 and Article 365 Part 1 of the Criminal Code).

The document posted by Lutsenko says that from September to December 2013 MP Novynskyy was complicit in "crimes against the will, honour and dignity of a person and in his office activities".

As the owner of Smart Holding, he is one of the wealthiest people in Ukraine. He owns a large stock in Metinvest, the HarvEast agricultural holding, the Regal Petroleum oil and gas company, the Kherson Sipyard and the Black Sea Shipyard.

Novynskyy was granted Ukrainian citizenship by ex-President Viktor Yanukovych "for outstanding merits to Ukraine. This happened on the eve of the MP's birthday.

In a recent TV interview on the air of Sonya Koshkina's Left Bank show, Lutsenko said that Metropolitan Volodymyr's death was premature and forced.