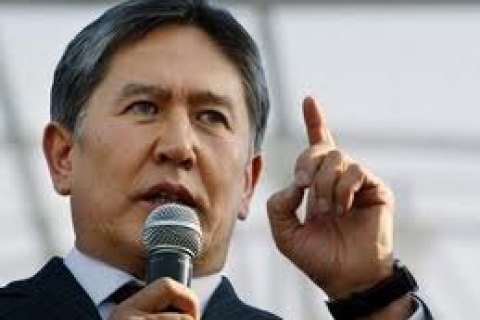 "The Ukrainian president's schedule included several conversations with a view to promoting a draft resolution at the UN on the violation of human rights in Crimea by Russia, including a conversation with Kyrgyz President Almazbek Atambayev. Media reports about the committed act of provocation are now being checked by both the Ukrainian and Kyrgyz sides. In particular, the two foreign ministers have agreed on this during a conversation which has just finished. We are investigating all the aspects, including technical ones," she said.

She added that "it is obvious that such actions are aimed at discrediting an important initiative on Crimea which Ukraine is promoting at the UN".