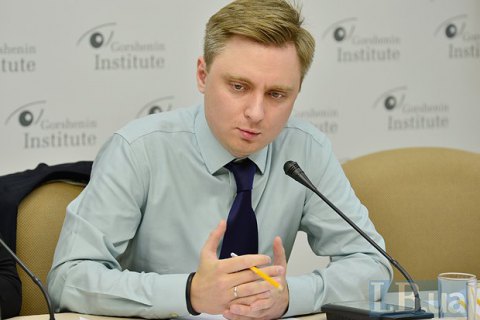 Several analysis and forecast models of the US presidential election at once have lowered the bar, which Hillary Clinton is estimated to be able to clear, but they still consider her to be the frontrunner, Yevhen Kurmashov, director of political programmes at Gorshenin Institute, has said on a visit to the USA.

The Gorshenin Institute delegation is in the USA to analyse the presidential campaign and its potential impact on Ukraine and the world.

"The other day, analyst Larry Sabato from the University of Virginia said, based on the findings by a group of analysts, that Clinton could win 293 electoral votes, whereas the minimum required for victory is 270. In particular, Sabato expects Clinton to win Nevada and most importantly North Carolina, some of the key swing states, thus claiming 21 electoral votes from the two states," Kurmashov said.

According to the expert, recent studies in several key swing states, according to which Trump got closer to Clinton, considerably corrected Sabato's forecast, which predicted a month ago that Clinton would be able to win 350 electoral votes. However, despite the significant correction of the forecast, Clinton is still in the lead, according to both the analytical estimates of the University of Virginia and the estimates of such an authoritative platform as FiveThirtyEight's polls-plus forecast. The latter expects Hillary Clinton to win 291.9 electoral votes.

"Will forecasts be confirmed? It is not long before we know. Our conversation with one of the political advisers working with the Democrats showed that representatives of Clinton's big political team are somewhat uncertain and concerned about an outcome. So the forecast is that if Hillary wins at least one of the three states, Ohio, North Carolina or Florida, she is likely to become president. If all three states go to Trump, the situation will turn upside down. Given that the results for these eastern states will be known among the first, an outcome of the election as a whole will be clear in the early hours of the election night," he said.