On 14 November, Freedom House published its annual Freedom on the Net rating.

According to its website, Ukraine went down the rating compared with 2015. Ukraine's score this year is 38 on the scale where 0 means "most free" and 100 "less free". The country's status is "partly free". 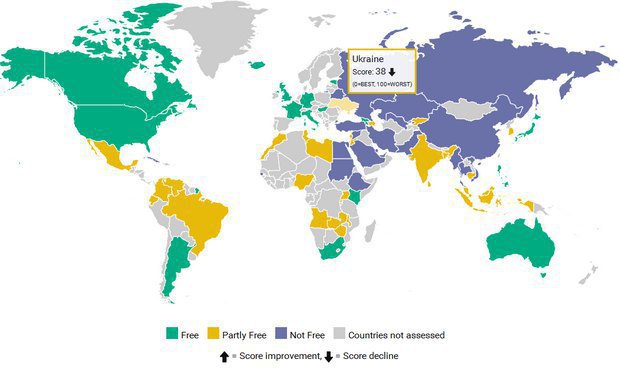 Ukraine's Internet freedom declined due to increasing arrests against netizens for expressing “separatist” views on social media, while users in the Donbass region were barred from accessing dozens of blocked sites, Freedom House said.

"Ukrainian authorities have become less tolerant of online expression perceived as critical of Ukraine's position in the conflict, and the government has been especially active this year in sanctioning social media users for "separatist" and "extremist" activities, with many users detained, fined and even imprisoned for such activities. Meanwhile, separatist forces in the east have stepped up efforts to block content online perceived to be in support of Ukrainian government or cultural identity," it said.