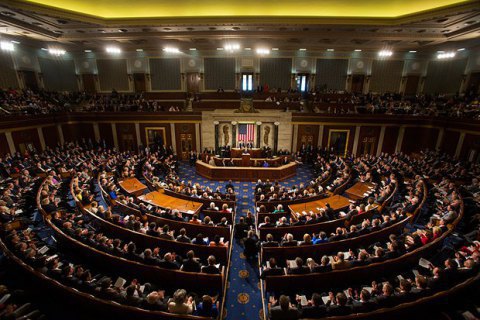 The Congress and Donald Trump are possibly up for rather serious tension, Yevhen Kurmashov, director of political programmes at Gorshenin Institute, has said on Facebook.

"A lot of people we talked to in Washington believe the Congress and the Trump administration may lock horns. We heard this from people from both camps," he said.

The main intrigue of the coming months, according to him, is whether Speaker of the House of Representatives Paul Ryan is going to keep the post since in the current system and configuration of power he becomes the second key figure after the president. "A number of insiders we talked to in the recent days believe that the main issue on Trump's domestic political agenda will be how to oust Ryan from the post and capture the House speaker's chair for someone more loyal. Our interlocutors explained in great detail why Ryan, if he wants to, can turn Trump's presidency in one hell of a problem," he said.

The expert suggested major haggling was only beginning. "Trump certainly has the best cards to hand. However he is not the only one who has trumps up their sleeve," Kurmashov said.

Kurmashov forecasts that if Ryan keeps the post for the coming years, this will mean Trump's first apparatus defeat. "It is not lethal but observers and players will see it as him being unable to solve problems," the pundit added.

He said that this "tension is somewhat smoothed out now by public handshakes and smiles while a totally different game is happening behind the scene: Trump and his team and the Republican Party are somewhat different subjects with different goals."