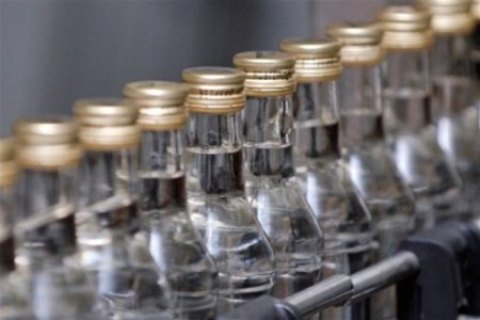 Three residents of Vovchansk District and a resident of Kharkiv have reportedly died of methanol poisoning.

In Kharkiv Region, where fake alcohol was manufactured, 104 people were reported poisoned, of whom 57 have died since September.

Methanol was found in the bodies of 54 deceased.

In other regions, plagued by counterfeit alcohol, 46 people have been poisoned, of whom 16 have died.

The first cases of fake alcohol deaths were reported on 21 September in Kharkiv Region, and then promptly spread to Donetsk, Mykolayiv and Luhansk regions.

In Kharkiv Region and Donbas, the police arrested the main suppliers of counterfeit alcohol sold across the territory of eastern Ukraine and Mykolayiv Region in the south. Four tonnes of alcohol have been confiscated from a 27-year-old organizer of the underground booze "business".

The police said that 3 tonnes of counterfeit alcohol had hit the shelves.