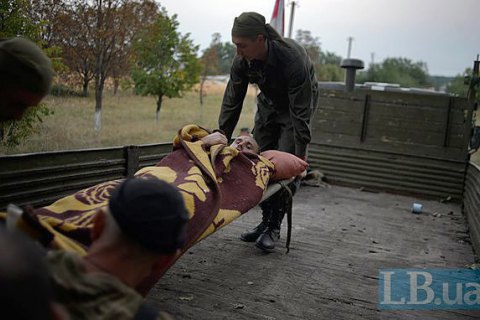 On Sunday, five Ukrainian soldiers were wounded in fire attacks on the territory of Luhansk Region, the regional administration website said on Monday, 28 November.

Two antiterrorist operation (ATO) servicemen were wounded by enemy fire near the villages of Novozvanivka and Novooleksandrivka, both in Popasna District. Three others were wounded in the shelling of the ATO positions in the vicinity of Lobacheve and Krymske, Novoaydar District. A local gas pipeline was damaged by shelling.

On Saturday, two Ukrainian soldiers were reported wounded in Donbas.