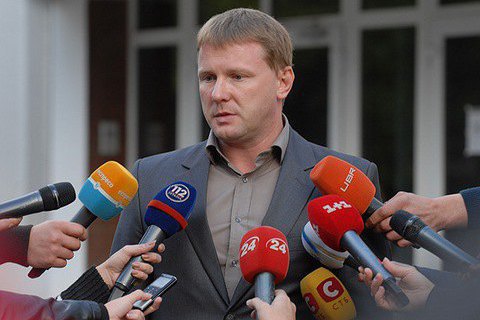 The lethal shootout between the two police units in Knyazhychy near Kyiv will be investigates by the Prosecutor-General's Office, the Interior Ministry press secretary Artem Shevchenko told a briefing on 4 December.

Shevchenko confirmed the information that MP Anton Herashchenko made public earlier in the day but declined to elaborate.

"The prosecutor's office will investigate into the accident. The National Police will be conduct an own internal investigation. The findings will be provided to PGO for an adequate legal assessment," Shevchenko told reporters.

In the early hours of December 4, Kyiv criminal investigation police supported by a KORD special task force, conducted a special operation to arrest robbers in the village of Knyazhychi.

During the operation, a unit of the State Guard Service, which responded to burglary alarm in one of the neighboring houses, arrived on the scene. The SGO officers have detained two operatives who took part in the raid. Their detention triggered a shootout between the two police units in which five law enforcers were killed.

The actual robbers were detained as they headed to Kyiv.