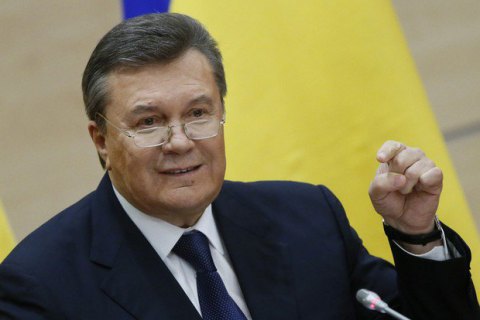 Vitaliy Serdyuk, the lawyer of former Ukrainian President Viktor Yanukovych, has attended a questioning at the Prosecutor-General's Office in Kyiv instead of his client, UNN reported on Monday, 5 December.

The lawyer said that Yanukovych had suggested that the PGO investigators visit him at his place of residence in Rostov-on-Don, Russia, to question him there.

According to Serdyuk, his client finds it impossible to come to Ukraine for questioning as he fears for his life.

On 28 November, the Svyatoshynskyy district court of Kyiv questioned Yanukovych by video conference from Russia as a witness to the killing of 48 Euro-Maydan activists in late February 2014. At the beginning of the meeting, Prosecutor-General Yuriy Lutsenko said that the ex-president was suspected of high treason.

Yanukovych was subsequently summoned to the PGO as a suspect in the case on 5 and 9 December. His absence may be a prerequisite for a trial in absentia.