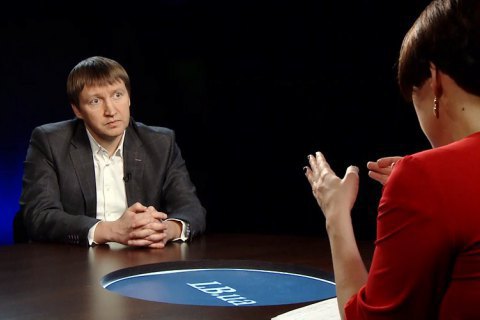 The distilleries of the state-owned concern Ukrspyrt will be auctioned off before the end of 2017, after which the state will no longer produce alcohol, Ukrainian Agrarian Policy Minister Taras Kutovyy has said on Sonya Koshkina's Left Bank TV talk show.

The minister refused to specify the date but said he hoped that parliament would discuss the privatization of Ukrspyrt as part of a package of budget-forming issues and bills in the next few days.

"I would like the bill on the de-monopolization of the alcohol industry to be part of this package," the minister said.

The vote should be held before 15 December, the final date of adoption of the nation's budget for the next year.

"If there is a second reading, privatization will be completed that year. We are pressed for time. Privatization must be completed in a year. If we manage to sell three distilleries, they will be engaged in the manufacture of food alcohol, while the rest are in for closure. 2017 will be the last year of alcohol production by the state. This will be solely the business of private owners, therefore we encourage customers to participate in privatization," the minister said.

In November, the cabinet approved a draft bill on the de-monopolization of the alcohol industry.