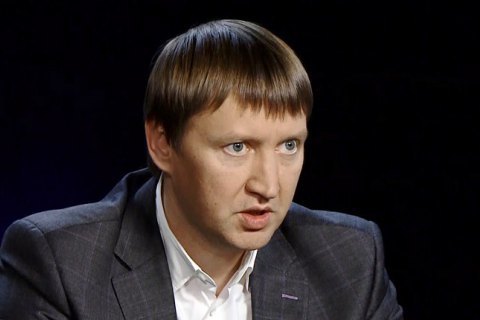 Ukrainian Agrarian Minister Taras Kutovyy has said that the draft national budget for 2017 envisages a sharp increase in the funds booked by his office to support small farmers.

"We have more than 50,000 farmers. The average land plot is over 100 hectares, give or take, according to various estimates. In Poland, by the way, it is only 8 hectares. When we talk about investment, small farmers do not receive substantial financial support, neither from investors nor the state. We have suggested a 5.5bn-hryvnya programme to support small farms, which is 20 times more than last year," the minister told Sonya Koshkina on her Left Bank TV talk show.

Since the 1990s, Ukraine's agricultural companies have had VAT preferences, which allowed them to keep all the tax charged on their accounts. At the end of 2015, the government of Arseniy Yatsenyuk implemented a reform that curtailed tax credit for farmers and made agricultural companies pay a part the VAT charged to the budget. Thus, meat and dairy manufacturers in 2016 paid 80 per cent of the VAT charged to special accounts, and 20 per cent to the budget. The manufacturers of grain and industrial crop paid 85 per cent of VAT to the budget, the remaining farmers paid 50 per cent. Tax incentives are planned to be fully abolished in 2017 as tax benefits for farmers will be replaced by monetary support from the ministry.

"The form of this support is being currently debated. It's not that we that have come up with this idea of support and said 'this is how the whole thing is going to work'. No, we are working hard to coordinate the policy with all the industry associations. The ministry and prime minister have held more workshops with the industry associations and business representatives than in all previous years. The prime minister is personally involved in this issue and is holding meetings almost on a weekly basis," the agriculture minister said.