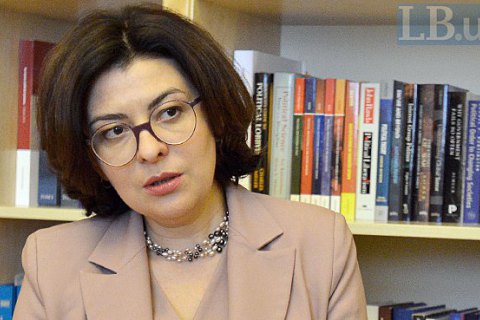 "I think such things should be below the head of state. One day, we all – deputies, mayorsб the president - will have to give way to someone," Syroyid said when asked by LB.ua if the presidential administration would benefit from a blow to the image of Sadovyy, as the mayor of Lviv can become a serious rival to Poroshenko in the next presidential race.

"Andriy Sadovy, as leader of the [Self-Help] party and especially as a mayor, has always demonstrated full support to the president. Unfortunately, the situation with the Hrybovychy landfill revealed the true faces of the people surrounding the head of state," she added.

"After people have died at the dump, I had a conversation with one of them and asked if they were not ashamed to dance on the bones of people. Why not grabbing at an opportunity [to make dent in Sadovyy's rating], I was told." said Syroyid.

When asked whether MP Ihor Hryniv, the head of BPP faction, and First Deputy Head of Presidential Administration Vitaliy Kovalchuk could be involved in the campaign against Sadovyy, Syroyid said:

"I think the presidential administration has at least a department working against the ratings of the Self-Help and Sadovyy. One can only regret such a waste of human resource on absolutely useless things."

Syroyid said she was confident that Poroshenko knew about the libelling campaign against Lviv mayor.

On May 30, a landslide of over 100,000 cubic meters of garbage killed four people. The bodies of three rescuers who participated in fire extinguishing have been discovered after a few days of rescue operation. The body of a municipal environmental specialist remains missing.

The landslide is believed to have been caused by a fire, which broke out at the dump a few days earlier.