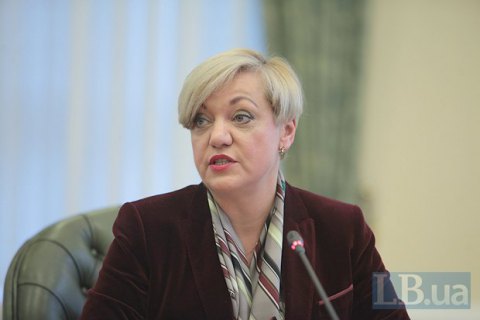 The governor of the National Bank Valeriya Hontareva hopes that the IMF will provide Ukraine the fourth tranche in January-February 2017.

"As we have said, we do not get this tranche this year. However, we hope that early next year we will see a meeting of the directors, hopefully at the beginning of next year. Sometime in January or February. I cannot say more precisely," Hontareva told a press conference on Thursday, 8 December 2016.

The main requirements of the IMF, according to her, is the adoption of the state budget for 2017 and the achievement of the required level of capitalization by the nation's top 40 banks.

Hontareva also stressed that the delayed tranche of the IMF would impact the payment balance of Ukraine. "Meanwhile, the hryvnia exchange rate is like a mirror of our economy, also affected by the balance of payments," she said.

Ukraine has resumed cooperation with the IMF on the four-year Extended Fund Facility (EFF) funding of 17.5bn dollars in September. The Board of Directors of the Fund on September 14 announced the completion of the second review cooperation program with Ukraine, and decided to allocate to Kyiv the third loan tranche of 1bn. Ukraine received two previous tranches in 2015.

The IMF has said it believed that the policy of the Ukrainian authorities should focus on accelerating reform of the large and inefficient state-owned enterprise sector, improving the business environment, and tackling corruption to attract investment and raise the economy's potential.