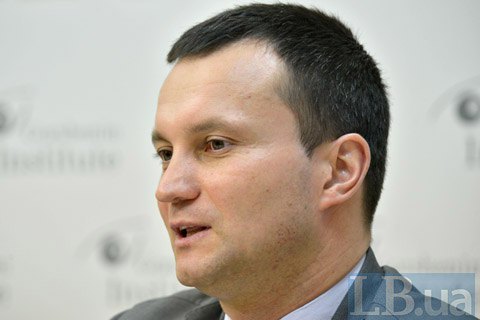 The Vice-President of Gorshenin Institute Oleksiy Leshchenko believes that the current trends in world politics will make the year 2017 the most difficult for Ukraine.

"The events around Ukraine, the forces that come to power in the EU countries, will stir huge turbulence and exert strong pressure on the European aspirations of Ukraine. For our diplomacy, it will be the year of greatest challenges," he told a round table conference in Gorshenin Institute on 9 December.

In the opinion of Leshchenko, the key events in European politics in 2017 will take place in Germany and France.

"The most crucial will be the Bundestag elections in Germany next autumn. Angela Merkel has said she would run for chancellor for the fourth term. If neo-conservatism and neo-nationalism win, we may talk about the phenomenon that is bound to trigger centrifugal processes within the European Union," Leshchenko said.

"With regard to the elections in France, there is also a big intrigue with Fillon and Marine Le Pen. Many experts believe that Fillon has presidency in his pocket. However, people in the US saw Hillary Clinton as the new president literally just weeks before the ballot," he added.

At the same time, Leshchenko says it is too early to talk about the victory of "trumpism" in Europe.

"France was the first country in Europe where "trumpism" failed when Nicolas Sarkozy, who claimed to be a "European Trump" lost the primaries. His defeat was due to the strong anti-American sentiments that prevail in the EU. The 3rd place of Sarkozy in the primaries of republicans is also an indication that European voter en mass does not accept such radical views and values."