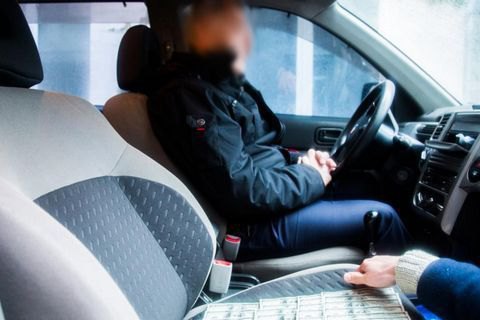 On 9 December, the operatives of the National Anti-Corruption Bureau with the assistance of specialized anti-corruption prosecutors, caught an official of the Prosecutor-General's Office during an attempted bribe.

As the NABU website reported on 9 December, the acting deputy head of one of the departments of the PGO has attempted to give 5,000 dollars to one of the leaders of the State Audit Office through an intermediary.

The SAO official was not aware of the bribe, the report reads.

The bribe was intended to sway the outcome of an unscheduled on-site audit of financial and economic activity of the PGO, earlier initiated by NABU.

The audit was within the framework of the pre-trial criminal proceedings on suspected embezzlement of 1.8m hryvnya of public funds in December 2015. The bureau detectives launched the probe in January 2016.

The investigators suspect that some service contracts that the Prosecutor General's Office has signed with a number of companies were fictitious.

The PGO officer, whose name is not disclosed, was caught red-handed, NABU said.

He was detained on suspicion of a crime described as the service providing undue advantage to a person who takes a particularly responsible position.

A court will have to decide on the measure of restraint.