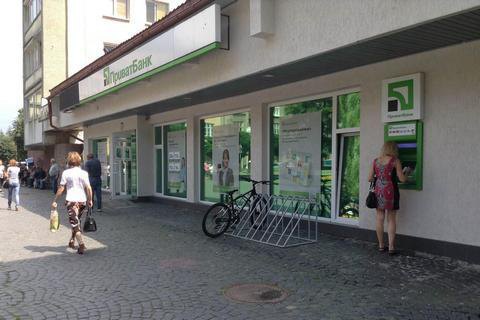 The state, represented by the Ministry of Finance, will be the owner of 100% shares of PJSC Privatbank and ensures the smooth functioning of the institution and preservation of assets of its clients.

The National Bank governor Valeriya Hontareva, who participated in the meeting, and the Minister of Finance Oleksandr Danylyuk said that the private shareholders of PrivatBank have asked the government to became its full owner in the interests of the bank's clients.

The government undertook to ensure a smooth transition and stable operation of the bank throughout the transition period that is to begin on 19 December.

The government believes the decision will save Privatbank and the entire banking system of Ukraine.

Finance Minister Oleksandr Danyluk and NBU head Valeriya Hontareva at the press conference on Monday at 8:30 am unveiled the details of the policy.

According to Ukrainian News , the Cabinet of Ministers will issue 150bn hryvnia in 30-year treasury bonds to replenish Privatbank's capital.

The final point in Privatbank's nationalization was allegedly staged late on Friday during a meeting of President Petro Poroshenko and shareholders of the bank, including Ihor Kolomoiskyy.

Last week, Privatbank's top managers have doggedly refuted rumors of impending nationalization as a planned attack against the institution.

Privatbank has not passed the verification procedure of recapitalization plan. The NBU said it would complete the procedure before the yearend. The deputy head of the central bank Kateryna Rozhkova ruled out an insolvency of the bank: the bank would either continue to work with shareholders or be nationalized.