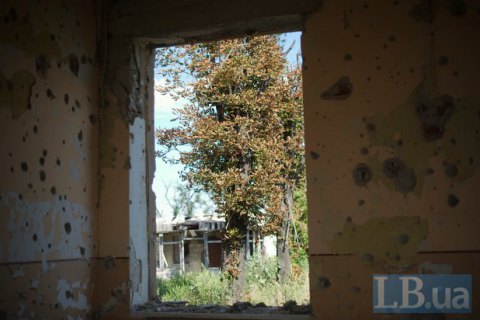 Militants of the self-proclaimed Luhansk people's republic shelled the town of Irmino under their control in the early hours of 14 January, the antiterrorist operation (ATO) HQ has said.

"Over the past three days, the enemy has carried out harassing fire attacks on the positions of our troops near Kalynove, Popasna and Novozvanivka. They targeted not only Ukrainian servicemen but population centres under the temporary control of the Russian occupying troops. This was done in order to accuse the Ukrainian side of targeting civilians. The enemy's fire attacks on the residential areas of Irmino in the early hours of 14 January is yet another provocation of this kind," it said.

The Joint Centre for Control and Coordination of Cease-fire was briefed accordingly.

According to separatist media sources, a 27-year-old resident of Irmino was killed.

Irmino, which had up to 10,000 residents before the war, is on the outskirts of Kadiyivka (Stakhanov).