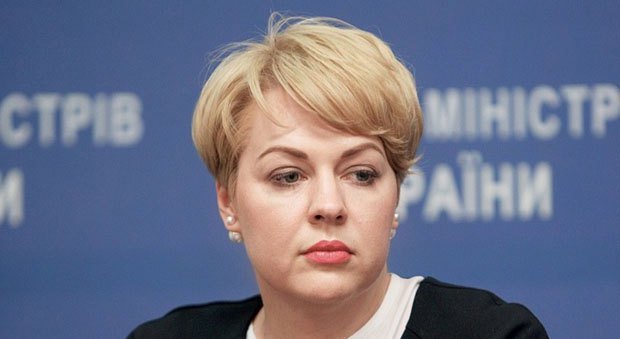 In January, Ukraine and the United Kingdom mark 25 years of diplomatic relations. What is your overall assessment of these relations and how strong is London’s support for Ukraine on the political arena?

The United Kingdom is one of the strongest players on the international arena. During all 25 years of bilateral relations British governments have never turned away from us. Ukraine was, remains and, I am confident, will remain in London’s strong focus. The beginning of the Russian aggression in the east of Ukraine and occupation of Crimea have become another evidence for that. The UK Government has played a key role in the introduction of sanctions against Russia, freezing up its participation in G8 and condemnation of Moscow’s misdeeds at the level of all leading international organizations.

Has the state of mind in bilateral relations changed over the year you have worked in London? If yes, then to what extent? How strong is the bilateral dialogue with the British side compared with other capitals?

Last year the British history witnessed an event which will determine the country’s foreign and domestic policy priorities at least for decades. Britain is leaving the EU but it doesn’t leave Europe. Of course, it will not be correct to say that Brexit hasn’t influenced the UK Government agenda and its foreign policy. On the one hand, development of diplomatic relations and the country leaders’ statements show that Ukraine has not been pulled out of the UK’s priorities. We continue feeling the same strong political support notwithstanding the fact that the UK is not part of the Normandy format.

Read: Pinchuk-Filipchuk ideas: is a deal with Russia possible?

The United Kingdom is also providing our state with significant expert, financial and humanitarian assistance aimed at supporting reforms in the political, administrative, economic, judicial and other spheres as well as what is really important at overcoming the consequences of the Russian aggression.

On the other hand, I will not hide the fact that some issues of bilateral agenda are under the influence of Brexit. First of all, we are talking about our numerous proposals on liberalisation of visa regime for the citizens of Ukraine. Unfortunately, the UK government is not ready to meet those proposals due to its plans to tighten control over labour migration.

On political dialogue, I would like to note that facts speak for themselves. Last year we organized six meetings and contacts between the President of Ukraine and the UK Prime Minister as well as foreign ministers. There was an exchange of visits between foreign ministers, more than 20 parliamentarian visits. In September, the delegation of the UK Parliament Foreign Affairs Committee visited Ukraine and, what is even more important, the liberated territories of Donbas. I hope we will deepen our dialogue this year. We have interesting ideas in mind, including in the context of the 25th anniversary of diplomatic relations. We are working on them with the British partners.

Britain is an island country which has taken course towards self-isolation. To what extent is London aware of the situation in Ukraine? What topics (directions, spheres) draw the interest of the British government?

As I have said, the decision to leave the EU doesn’t mean that Britain is stepping back from the European affairs.

Besides, the United Kingdom remains a permanent member of the UN Security Council, G7, NATO, and the Council of Europe. That is why one doesn’t have to be worried about the course towards self-isolation. Britain is a global player and the world’s sixth biggest economy. Whatever happens, this course will be preserved.

Read: UN Security Council resolution on Israel: where you stand depends on where you sit

London is very much aware of the situation in Ukraine, realizes all the complexity of tasks lying ahead of us in the context of reforming the country in light of the Russian aggression. Last year alone we received more than £30m of technical assistance. E.g. under Good Governance Fund for 2016/2017 the package of technical assistance to Ukraine was increased up to £12m. It is all about strengthening the rule of law, reforming police and the judicial system, improving business environment, anticorruption measures and media freedom. Part of the funds is allocated to support the work of the Ministry for Temporary Occupied Territories and Internally Displaced Persons of Ukraine. Besides, the UK was very active in training detectives of the National Anticorruption Bureau of Ukraine.

Last year British advisers were dispatched to the Ministry of Foreign Affairs of Ukraine and the Ministry for Temporary Occupied Territories and Internally Displaced Persons of Ukraine.

Britain is one of the guarantors of Ukraine under the Budapest Memorandum. However it has become clear already that this document is blank. Have you already passed the message to London that Kyiv doesn’t believe in the political guarantees?

During my contacts with British partners I do not hide it that the Ukrainian society is disappointed with the shattered political guarantees made in the Budapest Memorandum. It also feels that Ukraine has no security guarantees being forced to stay one on one with the aggressor. 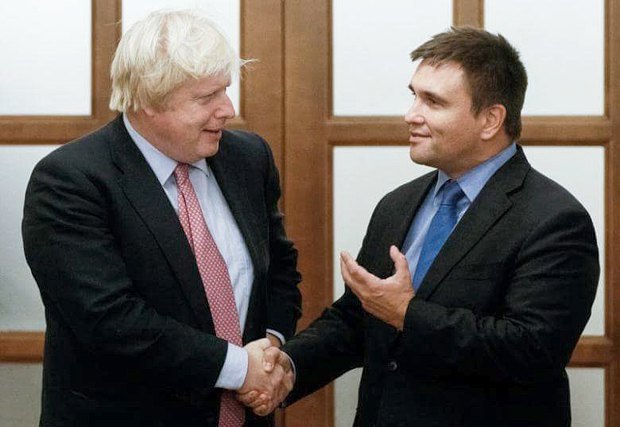 London sees the Budapest Memorandum as a political, not legally binding document. But this doesn’t rule out holding consultations by all the signatories as foreseen in the Memorandum. The main obstacle here is that Russia is ignoring all the proposals. As a signatory to the document Russia has brutally violated it and made it null and void. By the way, Russia did the same in relation to all the basic bilateral documents with Ukraine, including the treaty on friendship, cooperation and partnership.

Britain has extended training programmes for the Ukrainian military by another year – as a result of “Russia’s provocative actions”. Is it all about assistance in this regard?

The UK Government has made a decision to extend a training programme for the Ukrainian military until 2018. By March 2017, the overall number of the Ukrainian military trained under the programme is to reach 5,000. This cooperation is mutually beneficial: as a NATO member-state, the British side shares with us the best practices and technologies, while our soldiers have real experience of combat actions against a powerful enemy.

We have real possibilities to step up the assistance from the British government according to the bilateral Memorandum on cooperation in the defence field signed last year. 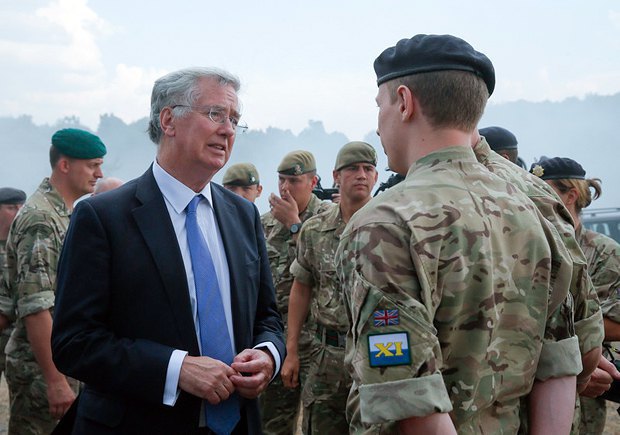 Photo: EPA/UPG
UK Secretary of State for Defence Michael Fallon talking to British instructors after a training for Ukrainian servicemen at a firing range near Zhytomyr, 2015

What will be the UK position if Ukraine decides to apply for NATO membership?

NATO has always declared “open doors” policy for Ukraine, if we want and if we are prepared to do that. From the point of view of objective realities, we have decided to pursue so far the most optimal way so that our security and defence sectors reach NATO standards by 2020. The UK Government is ready to support us in this regard.

Britain is leaving the EU which means that the EU-Ukraine DCFTA will not be effective. How will Ukrainian business then enter and work on the British market?

It is important to remember that negotiations on the UK leaving the EU will begin later this March. But even so, up to the moment the UK leaves the EU it will be a full-fledged participant of all the effective agreements within the EU, including the Association Agreement with Ukraine.

At the same time, we have already raised an issue concerning the beginning of discussion about new legal frameworks which will regulate our trade and economic relations after Brexit.

Is London cooperating with Ukraine on the cases of our fugitives and corrupt officials?

Correspondent ministries and institutions maintain direct contacts on those issues. Recently, Prosecutor-General of Ukraine Yuriy Lutsenko has visited London. Due to a specific character of the issue I can only tell you that he discussed cooperation in that regard with British partners.

London has started paying particular attention to investigating the cases of fraud and money laundering, including of Russian origin.

Sanctions against Russia have been extended for another six months. What is your prognosis for their prospects and the UK’s position on them?

It is not a secret that there are separate voices on easing sanctions or their gradual abolishment. But Britain is not in this list and follows a clear line – sanctions against Russia must stay in place until it fully implements the Minsk agreements. Attempts of the Russian propaganda machine to shift responsibility for non-compliance with Minsk have no success neither within the British government nor society.

WhataretheobstaclestheEmbassyisfacingtodaywhile advocating the interests of Ukraine in London? 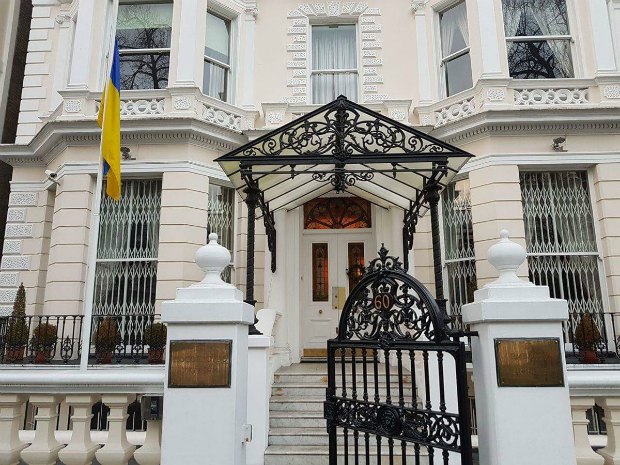 Today we are witnessing that in a public domain the Syrian issue has come to the fore sidelining the “Ukrainian dossier”. It has objective reasons. Though on my part I am trying to remind the government, parliament and the media that the war in eastern Ukraine is far from an end and that the Russian troops have not disappeared.

Russian propaganda is one of the biggest challenges. The Kremlin is allocating hundreds of thousands of pounds for publications about Ukraine like those about a “crucified boy”. Some of the theses which are actively mainstreamed are “civil war in the east of Ukraine”, interviews with such “fighters against Ukrainian “fascism” as Strelkov, or such news as “contest for the most patriotic cat of the 'LNR'”.

Thus, on a regular basis we are monitoring such publications and react on them.

I would also like to note that the information about facts of Russian interference in the US election campaign has forced the British side to pay more attention to its information security.

What about the timing for Brexit? Has the pattern been agreed on and how it will be carried out? 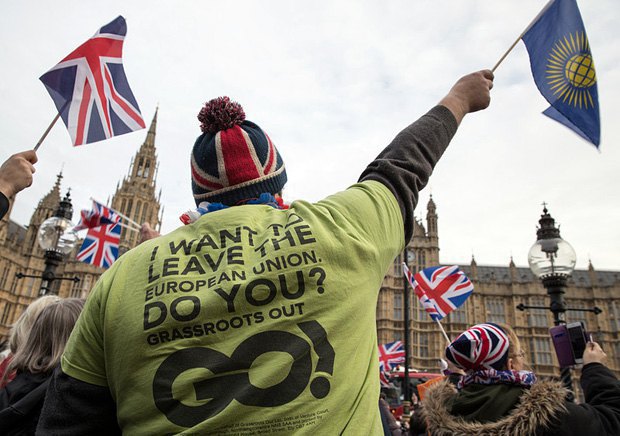 Photo: EPA/UPG
Brexit supporters demand the authorities speed up the withdrawal from the EU at a rally in London, 23 November 2016

The British government is planning to start negotiations with the EU not later than 31 March 2017. Negotiations are expected to be concluded by the end of 2019. By that time the Government will have to submit to the Parliament a schedule of the negotiation process with the EU.

There are ongoing discussions in the British society concerning the future model of relations with the EU. Given the British intention to preserve access to the EU single market but keep full control over migration flows, it is likely that a specific “British model” of cooperation with the EU will be elaborated. It is obvious that negotiations in the format UK-EU 27 will not be easy.

What is your prognosis about US-UK relations under President Trump?

The United States has traditionally been and remains the UK’s strategic partner. I suggest at this point not to read coffee grounds. Let us wait for the first official contacts which the British and American sides have planned after the inauguration of Donald Trump. 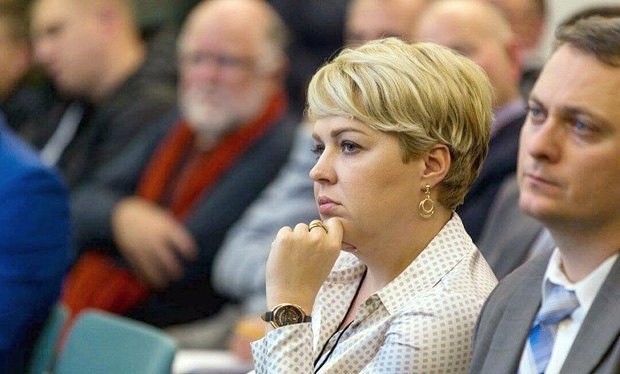 Photo: Courtesy of Ukraine's Embassy to the UK

There is information that the USA will surrender Ukraine to the Russian sphere of responsibility. Will the UK agree to that? Will it follow the US position or it will have its own position?

I am trying not to comment on rumours as it is a thankless task. At this moment, I can see no grounds to say that the UK will step back from the “Ukrainian issue”.

In the last 25 years, our relations have passed through different periods, but they have clearly showed that the Ukrainian-British partnership is not contextual because it is based on strong European values.

As long as there is political will on both sides, we can look ahead with confidence.