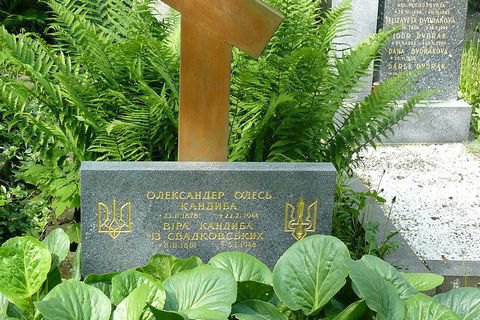 Ukraine's embassy in Canada has tracked down the relatives of late Ukrainian poet Oleksandr Oles (Kandyba) whose remains were excavated in the Czech Republic over claims to his grave from another person. According to the Foreign Ministry, his and his wife's remains were put in the cemetery's depository until a final decision on the place of his next burial site is made.

"We have tracked down two Canadian great-grandchildren of Oleksandr Oles. His family agreed that he should be buried in Ukraine. Let him rest in peace in our land," ambassador Andriy Shevchenko tweeted.