"The president and the US senators arrived at the command point near Shyrokyne to wish marines a Happy New Year," he said on Facebook. 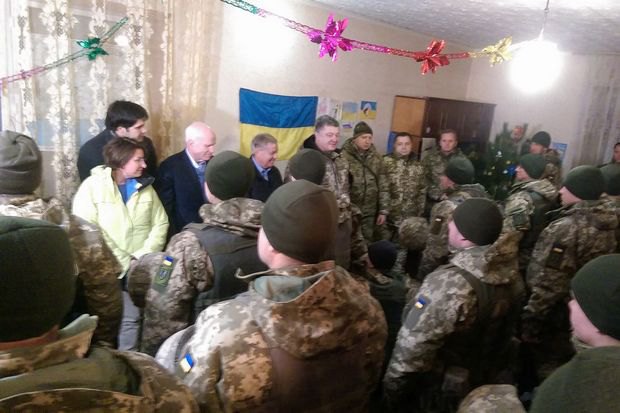 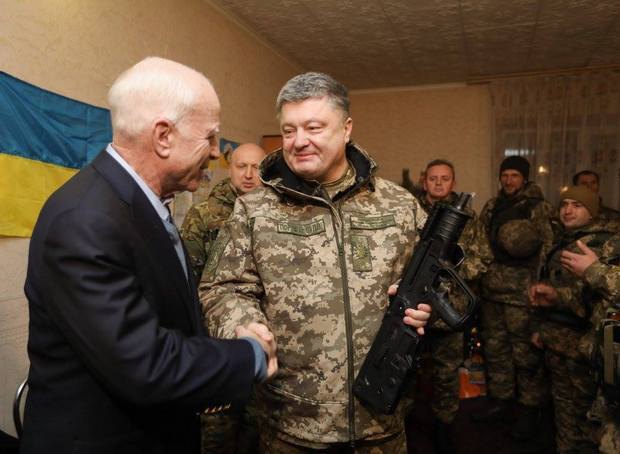 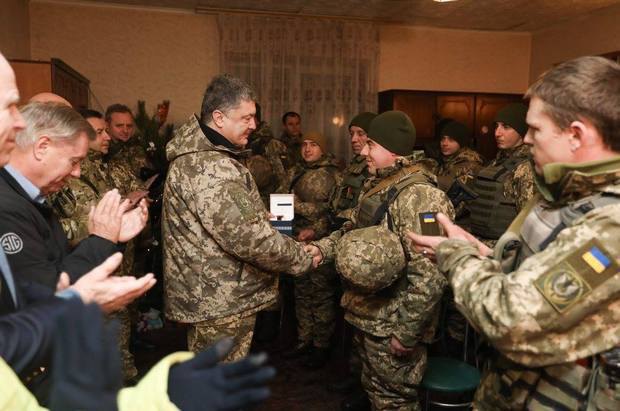 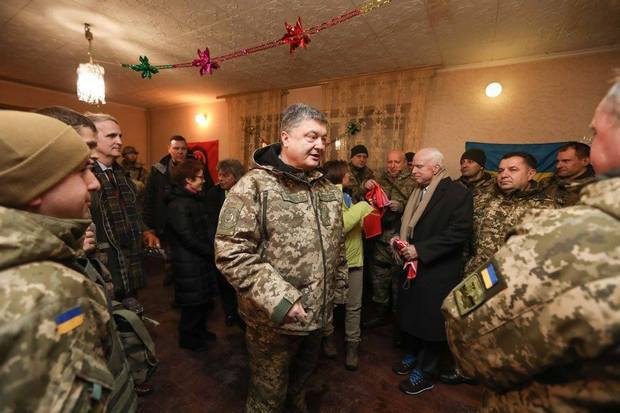 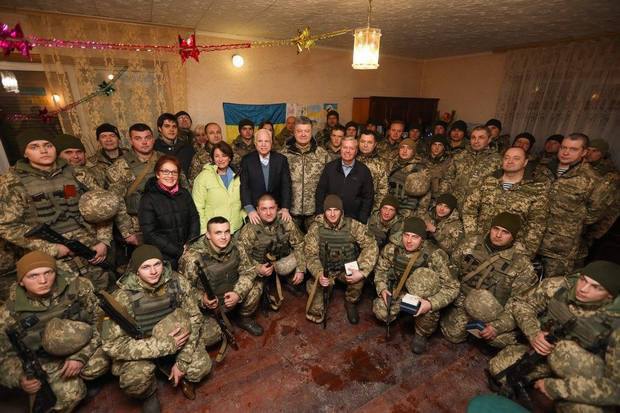 The president also chaired a briefing during which the staff chief reported on the situation in the antiterrorist operation area, including in the M sector.

Earlier, President Poroshenko awarded McCain the Order of Freedom, Ukraine's top award for foreigners, and Graham the Order of Yaroslav the Wise.