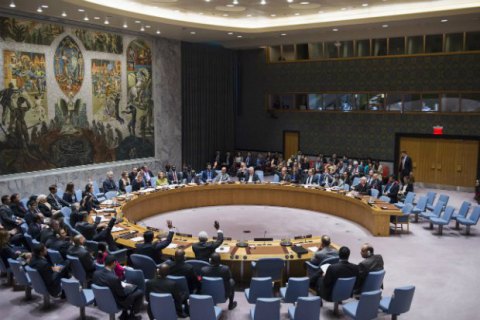 The Ukrainian Foreign Ministry has said UN Security Council resolution No 2334 on the situation in the Middle East is balanced. It added that Ukraine advocates the respect for the international law by everyone and everywhere as has experienced itself the tragic consequences brought by its violation.

"The text of the resolution is balanced. It calls for taking measures necessary for peaceful solution from both Israeli and Palestinian sides: Israel should stop its settlement activities while Palestinian authorities – to take effective measures toward fighting against terrorism," the ministry said.

It recalled that had adhered to the consistent and balanced position on the issue of Israeli-Palestinian conflict. "We stand for peaceful coexistence of two independent States – Israel and Palestine. The settlement of the conflict must be carried out only through peaceful means. However, we emphasize the need for direct Israeli-Palestinian negotiations," it said.

Ukraine as well as other permanent and non-permanent members of the UN Security Council and also the UN Secretary-General for its part more than once condemned the settlement activities of the State of Israel, because it is contrary to the international law.

"We also condemn the violence and incitement to it from the Palestinian side," the ministry added.

The Foreign Ministry hopes that active and emotional internal debates in Israel will not impact traditionally friendly Ukrainian-Israeli relationship, based on mutual respect and joint interests.