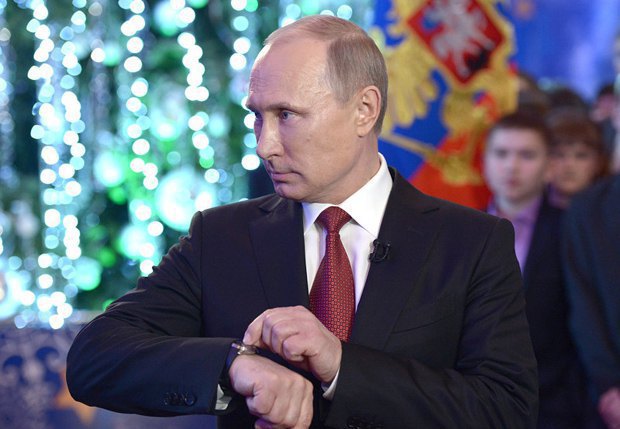 On the eve of the New Year, it is a tradition to sum up the results and make forecasts for the future. Especially since public figures share detailed opinions on various international geopolitical issues, giving experts food for thought and comments. In Russia, the end of the year turned out to be fruitful with such documents: a new wording of the Concept of Foreign Policy, the president delivered his address to the Federal Assembly. Without aiming for a detailed analysis of both documents, the author offers you his view on the results and prospects of Russian foreign policy.

First of all, it is worth noting that these documents leave ambiguous impression. On the one hand, they register certain constants that accompany Russia's foreign policy and its geopolitical strategy throughout its history – imperial ambitions, claims to "equal dialogue". And ultimately - the dream to divide the spheres of influence in the "equal dialogue" with the United States.

It is no longer possible to imagine the international policy of Russia without the clearly outlined mythology and ideology. In the mythological space, which is formed both by the authorities represented by the presidential administration, the Foreign Ministry and the motley pro-Kremlin expert community (from the Foreign and Defence Policy Council (FDPC) to TV experts), an idea is being incessantly planted that the outcome of the elections in the USA, Moldova and Bulgaria, failure of the referendum in Italy and Renzi's resignation, and an expected victory at the coming elections in a number of European countries mark a new era in international relations. A sort of the dawn of a multipolar world in which the shining Russian world will take the central position. It will be assisted by "pro-Russian forces" who are aware that European can only be truly prosperous if it drops sanctions and forms a union (including against terrorism) with the Kremlin.

There is no point in repeating that there are no pro-Russian force apart from the media and experts paid for by the very same Kremlin. And even if they existed, they would very quickly fade away since Russia can bring absolutely nothing positive to the modern agenda. Its methods of struggle against terrorism, as demonstrated in Afghanistan and Chechnya, and now repeated in Syria, are unlikely to be acceptable to the West - even despite a number of crisis events being observed in the EU, as well as within the UN and OSCE.

The main mystery to experts is the question – how people who take foreign policy decisions really see the world in their minds? The general tone of [Putin's] address to the Federal Assembly suggests that the Kremlin is still aware of the fact that the true picture of the world is quite far from the myth that is created and supported by the media. 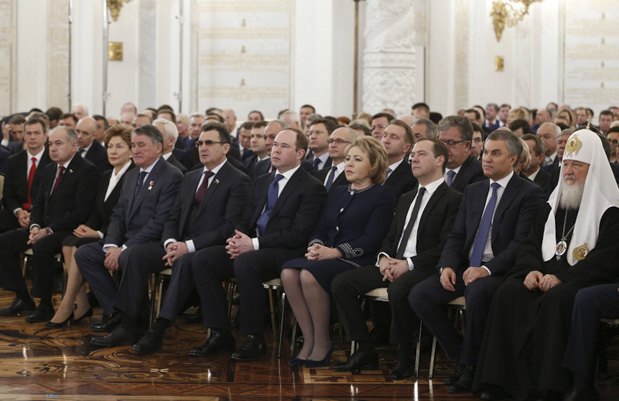 The address was reminiscent of the speeches made by Soviet secretaries-general at party conferences and congresses of the Soviet Communist Party. In general, I see here a trend to phase out foreign policy activity. The rhetoric will certainly remain. As will the overall aggressive political line, at least in the post-Soviet space, because the imperial component cannot be removed from the policy of Russia for as long as there is Russia. Moreover, Russia without its imperial aggressive component of its policy, without the corresponding mythology and interpretation of its own history is not Russia at all...

And yet, one can agree with Stanislav Belkovskiy, who noticed that Vladimir Putin temporarily does not want to follow the populist trend of expansion, which he himself had mapped. Did the Kremlin fully recognise all the harmfulness and danger of the course for both domestic and international Russian policy in the long run to the very existence of Russia and its power vertical in its current form? It will remain a mystery and a reason for Kremlinologists' deliberations.

The aggressive rhetoric and mythology, as I put it earlier, "was eaten away by the Kremlin the way it ate away the oil billions earlier". As a means of consolidating the nation (except for the multi-million procession to commemorate the dead in Russia under the name "Immortal Regiment") this ideology is ceasing to work in front of our eyes. Once again I will quote Belkovskiy: the State Duma elections showed that the "Crimean majority" is not even good at voting, let alone doing something more. It is not ready to take part in crowd events, let alone fight.

The "majority" is represented by a group of artists consisting of bikers, Cossacks and other clowns and television experts. Otherwise, there is no majority. Anyway, I wrote about exactly this two years ago in the article entitled "No-one would die for Putin". In this situation, Russia will objectively be forced to reduce the degree of its aggressiveness despite all the rhetoric, the continuation of nuclear blackmail and the Admiral Kuznetsov's voyages to foreign shores. 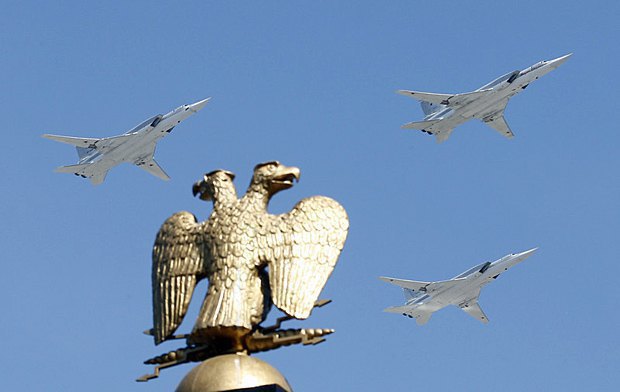 Photo: EPA/UPG
Strike aircraft over the Kremlin during a parade rehearsal in Moscow

For Ukraine, this is both good and bad. Good, because the peak of the direct danger of war in the late summer-early autumn of this year, which was labelled a "war alert", is behind us. Bad, because the situation in Ukraine is moving into the background, losing its acuteness and urgency amid expectations (and it does not matter whether they are justified or not) of changes in a single/multipolar world.

The peak of the interest in the Ukrainian issues is over and it now depends on Ukraine and its people, on the effectiveness and success of reforms how the international community, including, first and foremost, the United States, treats it. The moral and propaganda resource associated with the annexation of Crimea and the Russian-Ukrainian war in Donbas is about to be exhausted. The top agenda now includes the Middle East and partly the Pacific region and Iran.

At the same time, I would like to remind you that all countries neighboring on Russia should keep their powder dry. Those who are already members of NATO should strengthen this organization and their role in it in every possible way. Those who are only planning to join should continue intensive work in this direction. Russia may be taking time to focus, this is its tactic. But this focusing always precedes yet another jump, it is a strategy. And you should not forget about this.